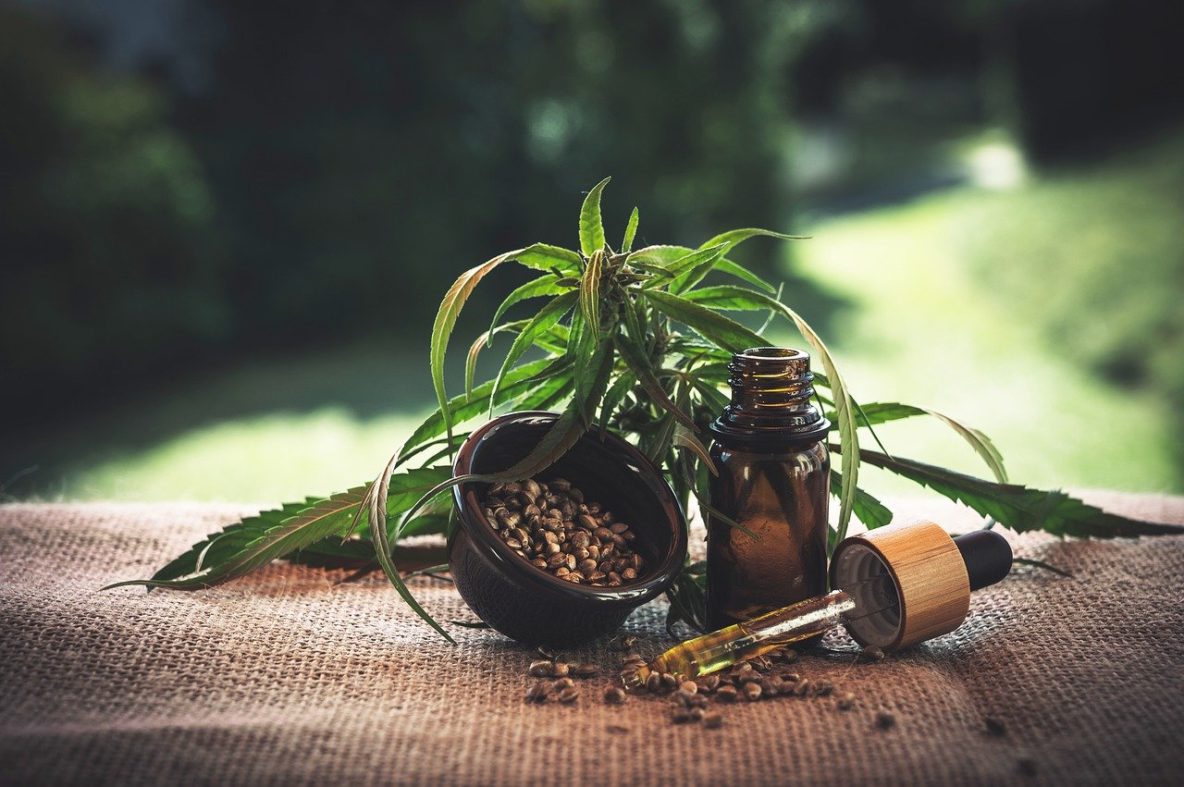 Life with Moxie has had the pleasure to sit down with Dr. Kyle Nevius, physician on staff at Physicians Regional Medical Center, expert medical advisor for the State of Florida and consultant to the Agency for Healthcare Administration. We discussed what CBD oil is, what it means to the medical community and more importantly, to those being cared for by the medical community. Dr. Nevius, is part of the Realm of Caring partnership- partnered with Johns Hopkins University, they work with hospitals, doctors, and researchers to stay at the forefront of cannabis science, constantly striving to find new and better treatments and applications for cannabinoid therapies.

As part of the Realm of Caring, Dr. Nevius is the first and only physician provider in Southwest Florida for Charlotte’s Web- the premier pharmaceutical grade organic CBD oil. Charlotte’s Web, made by CW Hemp, has been featured on CNN, The Wall Street Journal, TIME, Huffington Post, People, National Geographic and many more. CW Hemp is a family owned Colorado Company and the exclusive provider of Charlotte’s Web, the World’s Most Trusted Hemp Extract. Founded by the Stanley Brothers of Colorado, CW Hemp leads the industry in quality, safety, consistency and social responsibility to support thousands of lives daily through the use of Charlotte’s Web.

Going back to what truly kicked off this revolution in healthcare research, Dr. Nevius shared that he “had the good fortune to meet the grandparents of Charlotte Fiji. This is the little girl that the product, Charlotte’s Web, is named after. As you may recall her mother was told to put her in hospice and prepare to say goodbye because of her ongoing failure to thrive with grand mal seizures occurring anywhere from 20 to 30 times or more per day and after the first liquid infusion through her feeding tube her seizures stopped and did not return for one week, this began the healthcare research revolution as we know it today.”

In this multi-part Life with Moxie series, we will share what we’ve learned and answer your questions, so email us and be part of the conversation!

Let get started with the basics:

CBD or Cannabidiol, is a cannabis compound, sourced from both marijuana and hemp, that has significant medical benefits, but does not make people feel “high” and can actually counteract the psychoactivity of THC, the psychoactive component of marijuana.

What are the effects of CBD?

What are the benefits of CBD?

The fact that CBD-rich cannabis is non-psychoactive or less psychoactive than THC-dominant strains makes it an appealing option for patients looking for relief from inflammation, pain, anxiety, psychosis, seizures, spasms, and other conditions without disconcerting feelings of lethargy or dysphoria.

Since joining the CBD revolution, Dr. Nevius has had many patients who have experienced stunning recoveries, like the 70-year-old woman who has suffered from facial tics her entire life without response to various medications, who experienced complete resolution in seven days.

depression, antibiotic-resistant infections, epilepsy, and other neurological disorders. CBD has demonstrable neuroprotective and neurogenic effects, and its anti-cancer properties are currently being investigated at several academic research centers in the United States and elsewhere. Further evidence suggests that CBD is safe even at high doses.

CBD has become a highly sought after compound in recent years, taking the natural products industry by storm after receiving highly publicized exposure in the media, including in Sanjay Gupta’s special, “Weed”, that first premiered on CNN. Since then, CBD oil products have appeared on shelves in doctor’s offices, medical marijuana dispensaries and grocery stores, with no medical card required to purchase.

Dr. Nevius noted that he believed we will soon come to a place where the research will begin driving support to promoting CBD use over medical marijuana in a host of circumstances. There will of course, continue to be exceptions where the THC offers medicinal value, but so much of the effectiveness is being credited to CBD, which anyone can purchase, use and benefit from.

City and county governments throughout Florida are wrestling with the marijuana dispensary dilemma and CBD oil could help relieve some of the pressure placed on these government officials. CBD oil is already legal in all 50 states it could be part of a two-step process, with immediate access for patients to CBD oil allowing more time for officials to work out the specifics on marijuana dispensaries and the certification process.

What is the Endocannabinoid System?

According to NORML, “The endogenous cannabinoid system, named after the plant that led to its discovery, is perhaps the most important physiologic system involved in establishing and maintaining human health. Endocannabinoids and their receptors are found throughout the body: in the brain, organs, connective tissues, glands, and immune cells. In each tissue, the cannabinoid system performs different tasks, but the goal is always the same: homeostasis, the maintenance of a stable internal environment despite fluctuations in the external environment.”

Another great real-life example from Dr. Nevius’ practice that helps explain the effect CBD has on the Endocannabinoid System, is the public figure who suffered significant anxiety with public speaking, who now embraces his social engagements. CBD supported the systems inherent ability to quiet and balance itself, not letting the clients mind rush down a rabbit hole of anxiety.

Another very relatable story is that of the many sleep-deprived, stressed-out, over-worked parents who now, for the first time in years, sleep soundly. We’ve all heard so many times how important sleep is for healing and our overall health and well-being- even for weight loss. CBD, in cooperation with your own endocannabinoid system helps you sleep.

Again, from NORML: “Cannabinoids promote homeostasis at every level of biological life, from the sub-cellular, to the organism, and perhaps to the community and beyond. Here’s one example: autophagy, a process in which a cell sequesters part of its contents to be self-digested and recycled, is mediated by the cannabinoid system. While this process keeps normal cells alive, allowing them to maintain a balance between the synthesis, degradation, and subsequent recycling of cellular products, it has a deadly effect on malignant tumor cells, causing them to consume themselves in a programmed cellular suicide. The death of cancer cells, of course, promotes homeostasis and survival at the level of the entire organism.”

Endocannabinoids and cannabinoids are also found at the intersection of the body’s various systems, allowing communication and coordination between different cell types. At the site of an injury, for example, cannabinoids can be found decreasing the release of activators and sensitizers from the injured tissue, stabilizing the nerve cell to prevent excessive firing, and calming nearby immune cells to prevent release of pro-inflammatory substances. Three different mechanisms of action on three different cell types for a single purpose: minimize the pain and damage caused by the injury.

As far as your body is concerned, CBD is CBD, regardless of whether it comes from marijuana or hemp. It’s important to keep in mind that hemp and marijuana are simply different varieties of the same plant, cannabis sativa L. The defining characteristic that makes hemp different from marijuana is its extremely low volume of THC. One of the major selling points for getting your CBD from hemp instead of marijuana is hemp’s exceptionally low THC level, which allows for a higher CBD intake with none of the effects of THC.

There is so much new information being generated daily about the value, uses and extraordinary success stories of CBD that we will be discussing it in the weeks to come. We’d like to include your questions too! Send us an email to Julie@lifewithmoxie.com and if selected, we’ll include your question and the answer in next week’s column!

If you are ready to find out more, Dr. Kyle Nevius can be reached at his office by calling (239) 596-4800 or email him at drwkn@aol.com or go online to drkylenevius.com

His office is conveniently located at 2355 Vanderbilt Beach Rd Ste 146 in Naples FL.

Have ideas you’d like to add? Need more suggestions? Let me know!

Julie Koester is CEO of Life with Moxie, a Lifestyle Revolution Company www.lifewithmoxie.com, CEO of Moxie Creed www.moxiecreed.com, skincare beyond chemistry. You can reach her at Julie@lifewithmoxie.com